When we got back to Ulan Bator after spending a couple of days in the National Park we decided to go to a Cultural Show. Let’s face it we can all do with a little bit of that culture ‘stuff’ right? So we wandered off to find Tumen Ekh Song & Dance Ensemble which from reading online was a little hard to find but well worth the effort

Armed with a map and some directions written on it by the hotel staff we walked off to find the theatre. All I can say was all the people who have said that the place is hard to find are correct. This rather decrepit looking building is the one you are looking for. 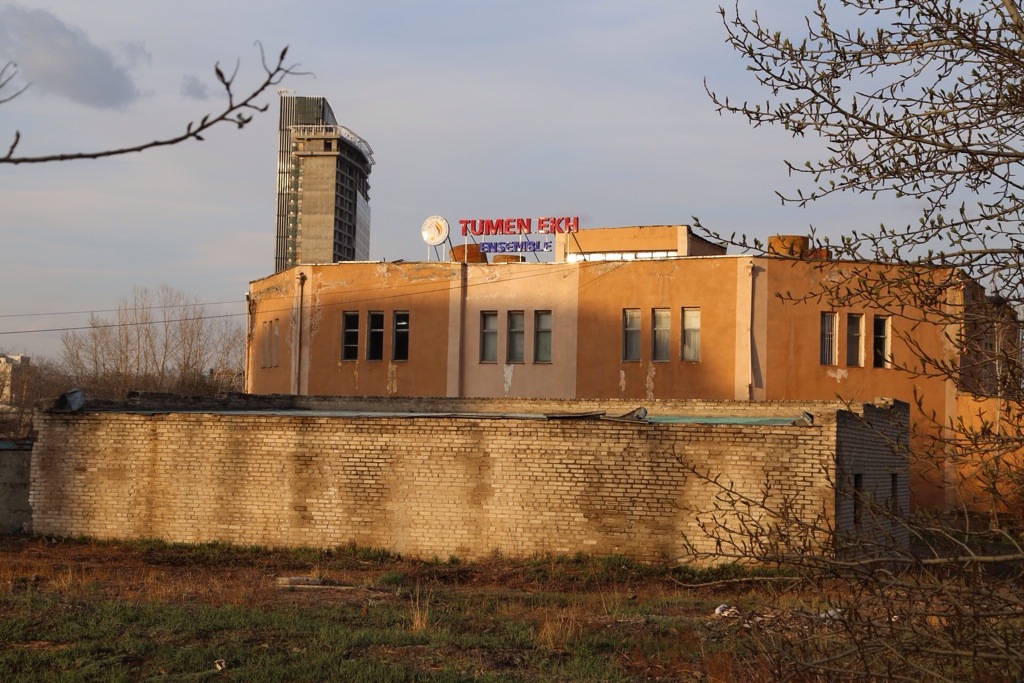 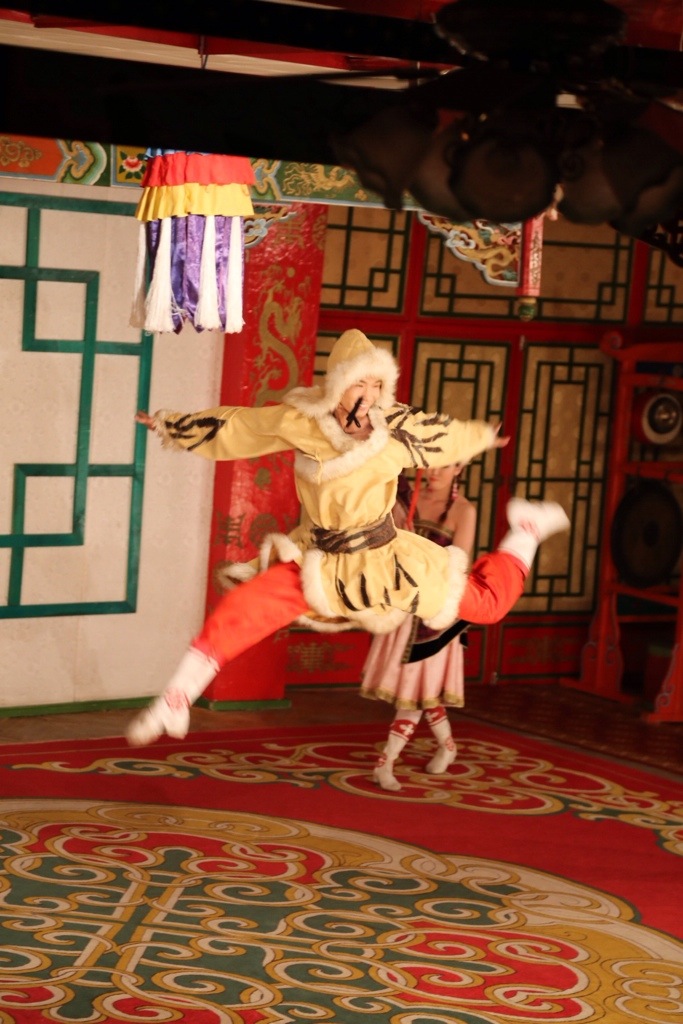 The next morning we were not exactly in a blinding hurry since our train to Irkursk, Russia was not due to leave until 2115hrs. We’d arranged a late checkout from two of the rooms so we could shower and change before heading out for dinner then the train.

After check out of my room and dumping my bags in one of the other we ventured out once more this time walking through Sukhbaatar Square and had to admit that the Mongolian Parliament House is a little impressive with a huge bronze statue of Chinggis Khaan seated out the front. 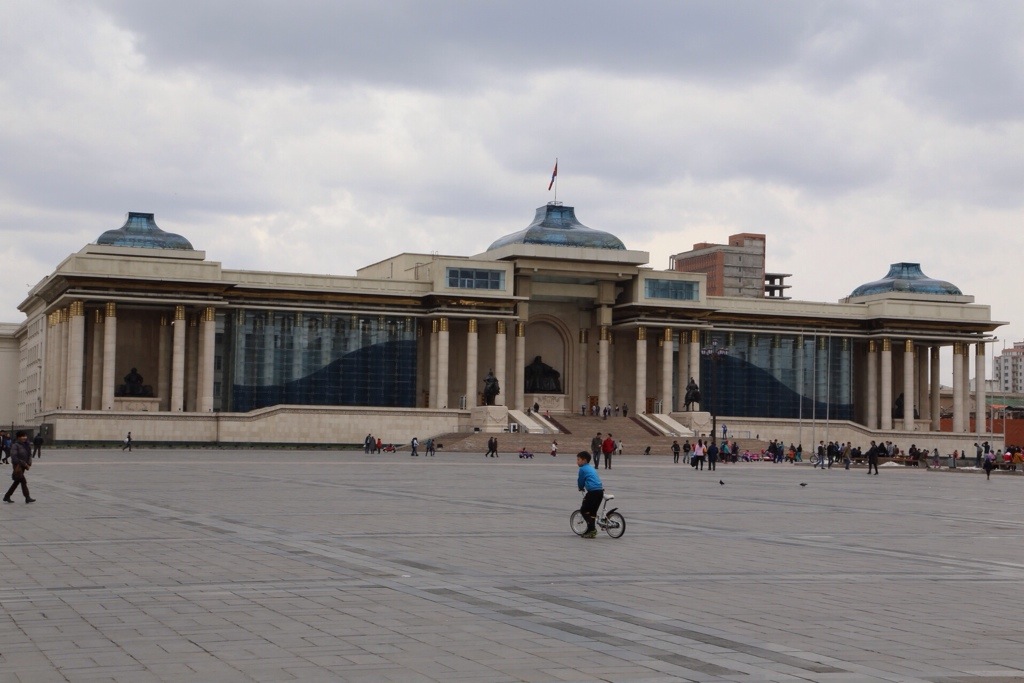 We did try to go to the National Museum of Mongolia however as is sometimes the case when travelling off peak, er and wandering around on a Sunday, it was closed. Still next up we went to the Zanabazar Museum of Fine Arts with a collection of knives, pots, paintings, statues and carvings. Most of the displays had a short description in English which was a bonus although you can also purchase an audio guide which describes what you are seeing in great detail.

It was well and truly after lunch time by the time we left the museum so we wandered in the general direction of our next destination and walked into one of the first restaurants that we saw. Turned out to be filled with other tourists and with no tables free we promptly walked out and went further down the road. The next place we walked into had us and then a whole bunch of locals which was kind of refreshing and more up our alley. Mum & I shared a Mongolian Selection Platter which turned out to be very tasty. Now I’d read some bad comments on Mongolian food however everything we’d had while here has been really good (of course we didn’t try the fermented mares milk…). 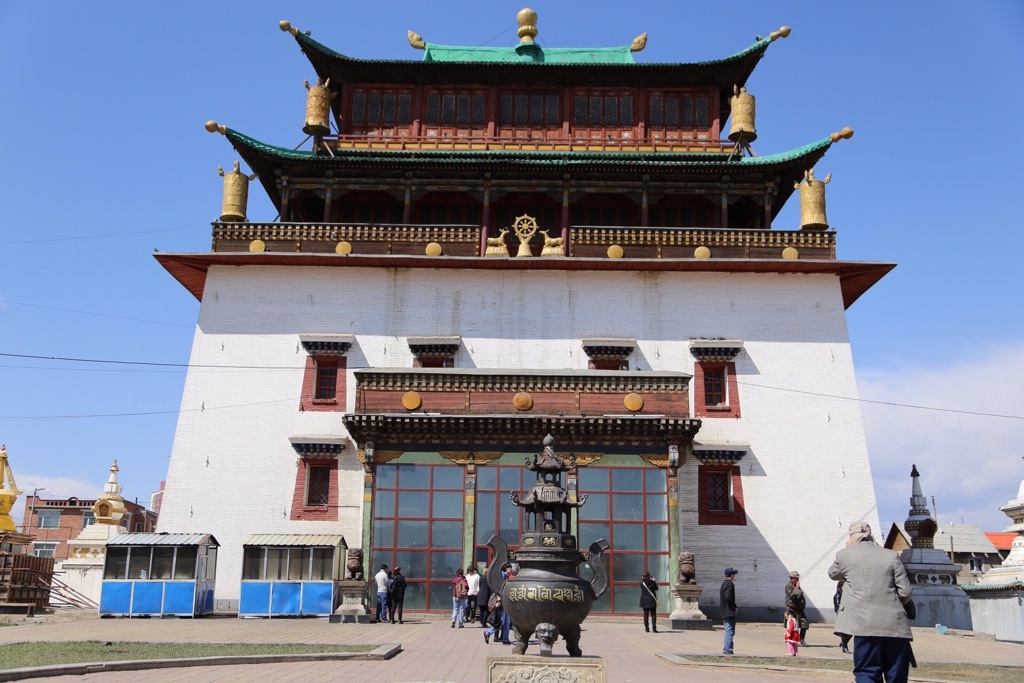 After lunch we finally made our way to the Gandan Monastery area where over 100 temples were built in the 19th century although apparently only a handful of the original buildings survived the religious purges in 1937. The Gandan Monastery today houses over 600 monks and is one of their most important monasteries. 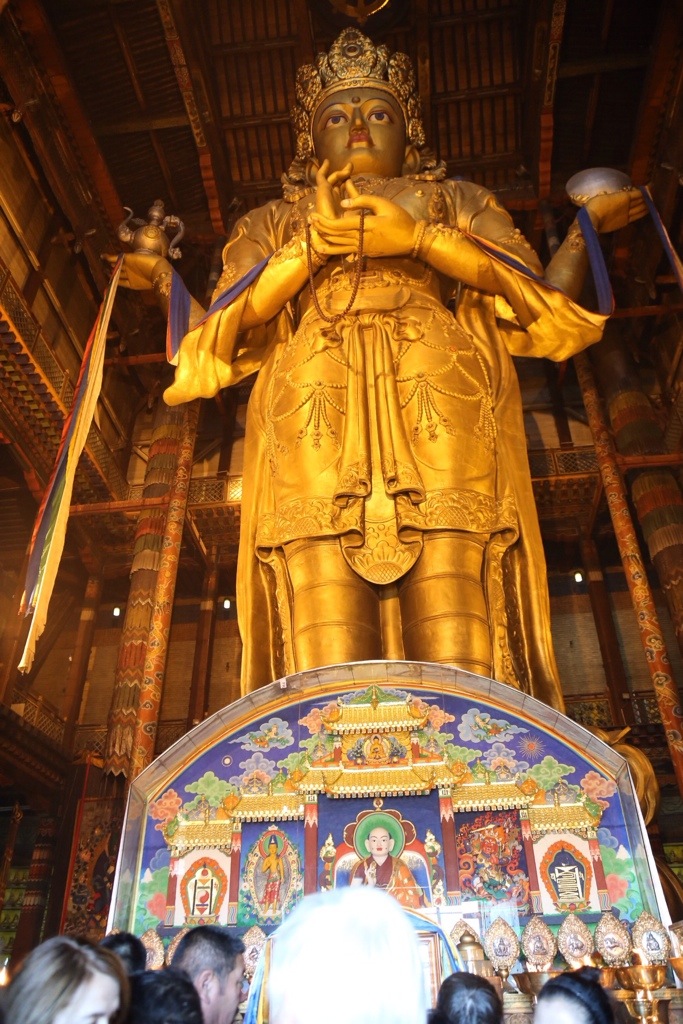 The original statue housed in the Migjid Janraisig Sum was carted away by the Russians in 1937. It’s replacement was dedicated in 1996, built with donations from Japan and Napal. It is an impressive sight walking into the building with the statue standing 26 meters high and made of copper with a gold covering.

By the time we made it out of the monastery time had flown by And it was time to head back to clean up, have some dinner and find our train for the next leg of our journey.