We were met at the train station when we arrived by a transfer service since the Terelj National Park where we were planning to stay at the Terelj Lodge is about an hours drive out of town.

We spent a bit of time running around getting local currency from ATM’s. We did have some minor issues there with the machines not accepting some of the cards. Thankfully we both had one card that worked and one that didn’t thanks to the habit of generally having two different cards from different banks when travelling. The weird thing was that while my Westpac card worked in the ATM Sharon’s Westpac card did not so it seems somewhat random.

The next small piece of business was to pick up our train tickets for the next train leg from the company that was holding them. That was no hassle at all, except for the poor driver having to fight his way, slowly, through Ulan Bator traffic. With all of that done we headed out of town.

The road is a little worse for wear but not too bad, at least from the perspective of not having to drive on it and the scenery gradually improved as we got further and further out of town.

wow, did you see the two headed camels?

We all looked out of the window to see perfectly normal camels with two humps.

I have to say the Terelj National Park is spectacular with mountains rising all around us dusted with snow and with the tourist gear camps nestled below them. Most of the camps were closed as they only open for the peak travel season which is a few weeks off however there are a couple that are open all year round. 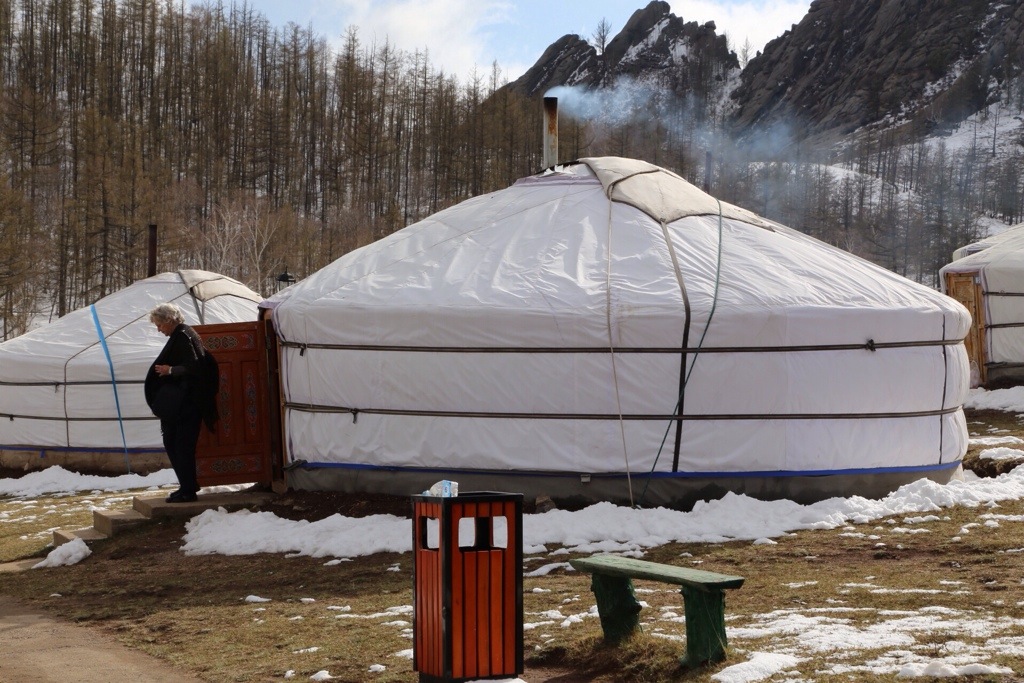 We arrived at our camp and were shown to our gers. It was freezing outside but toasty warm inside my ger thanks to the wood fire burning away inside. 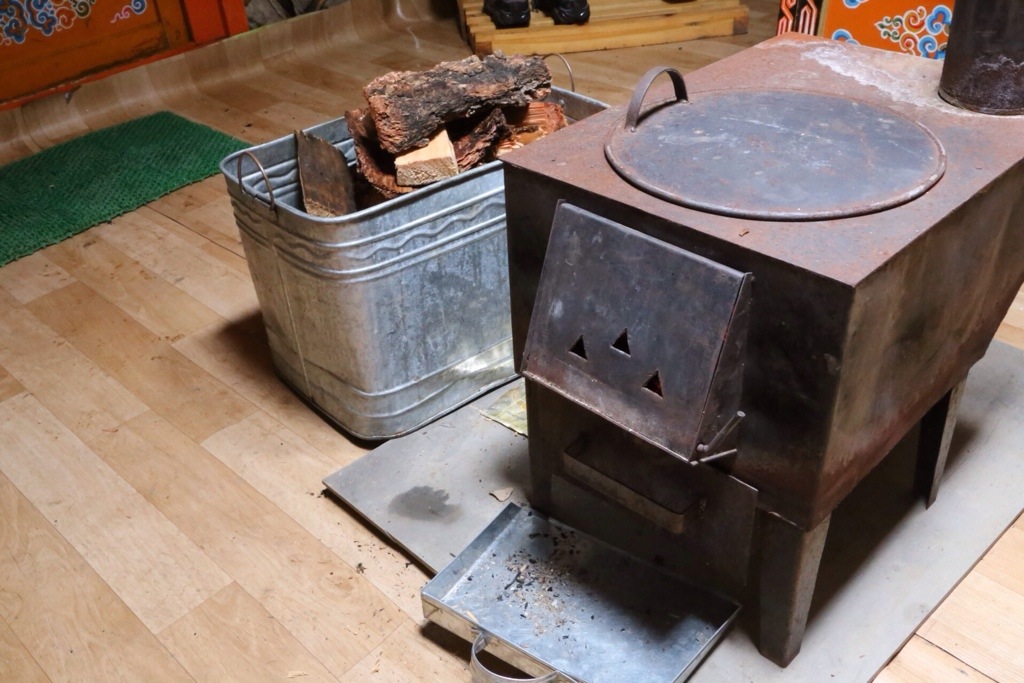 The gers are like the ones used traditionally by nomadic clans except our camp had wonderful little ‘accessories’ like electricity and hot water…..

Inside is basic, but comfortable with a bed (well several really), wood fire, table with two small chairs and a rack to hang your coat. The camp had separate blocks for the shower and toilet facility and the restaurant. 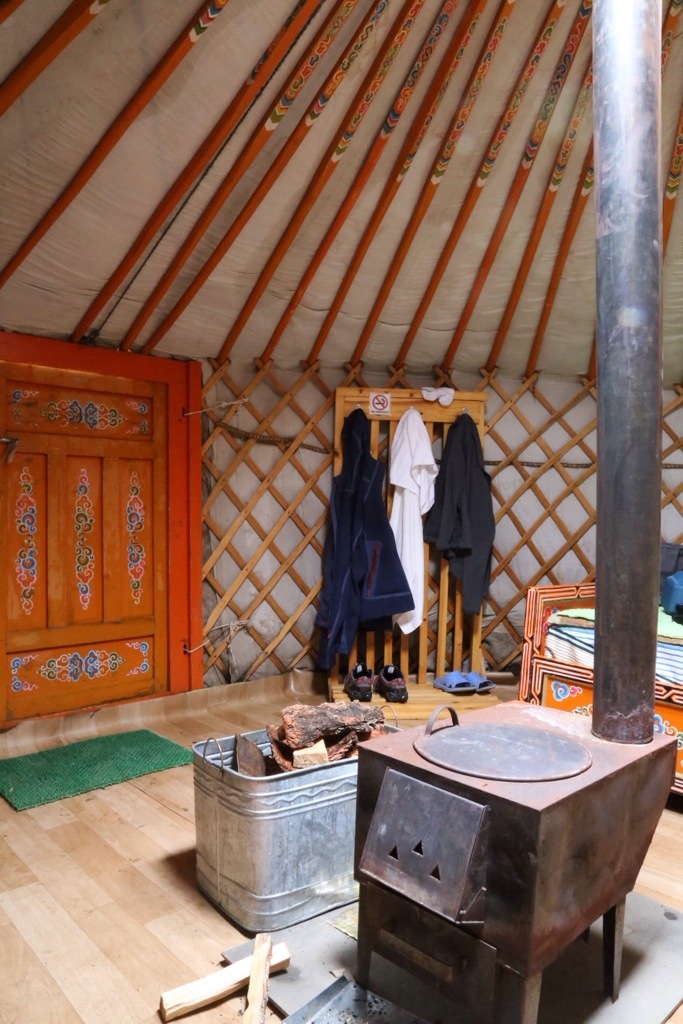 The food was surprisingly good give given our location and there was plenty of it. 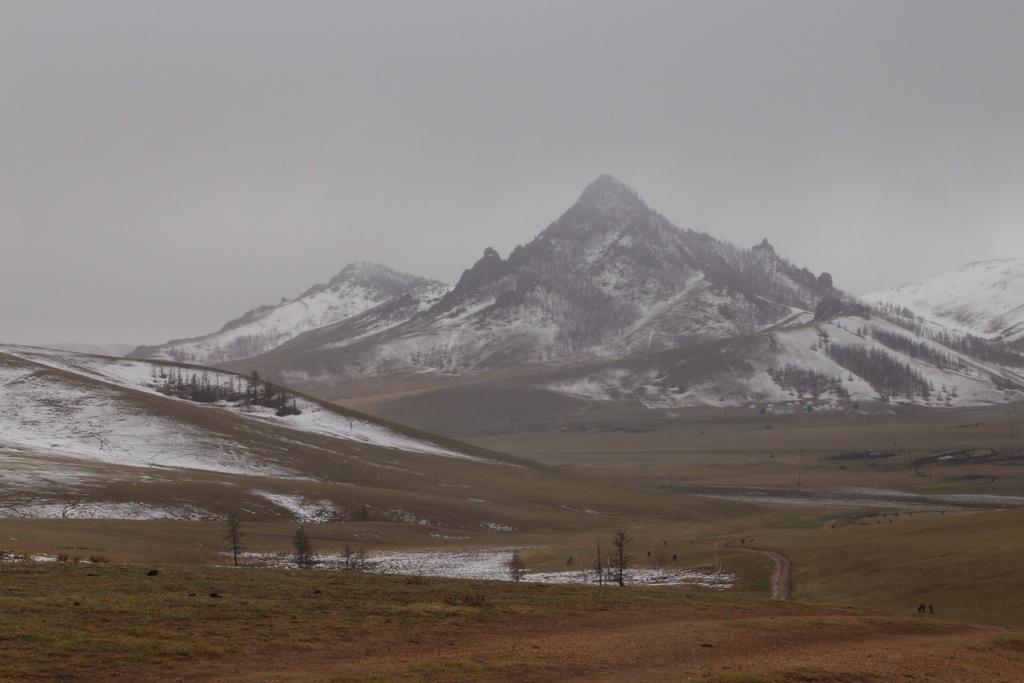 The only shame while we were there I guess was the weather which severely limited what were could do. Still I did manage a couple of short walks, that was about it though with snow falling, mostly melting as it hit the ground, the entire time we were there. 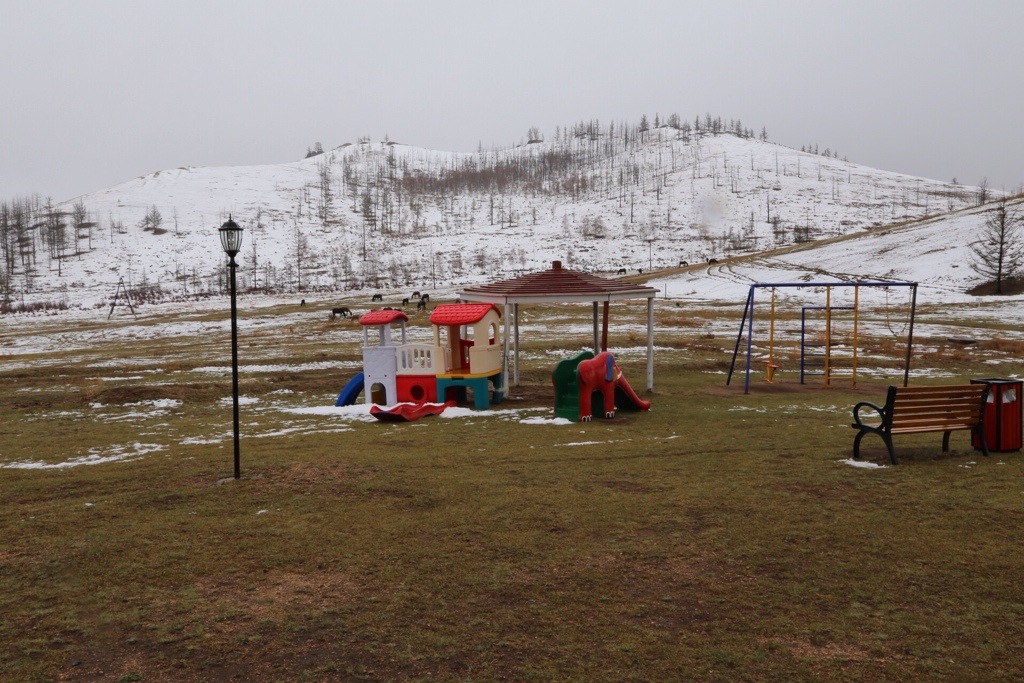 There were beards of animals, mostly horses and cows just roaming around seemingly of there own accord. It was somewhat startling to come out of your ger and discover there are horses everywhere grazing away in the camp with no concern at all for that intruder who just stepped out amongst them.

Still despite the weather as said it was a spectacular setting and a great location to spend a couple of days.