Finally that day arrive, it was time to catch the train from Beijing, China to Ulan Bator, Mongolia. Thankfully it was a morning train so we didn’t have to cool our heals in Beijing ‘waiting’ for the train.

We made it to the station curtsey of a couple of taxi’s and I was surprised once more that ours used the meter without argument. We got through the tickets checks and security checks without hassle then up to our gate. We had an hour to wait standing there with a whole bunch of others with most of the other westerners on a tour but it seemed to fly by and before we knew it we were heading down to the platform to board our train. 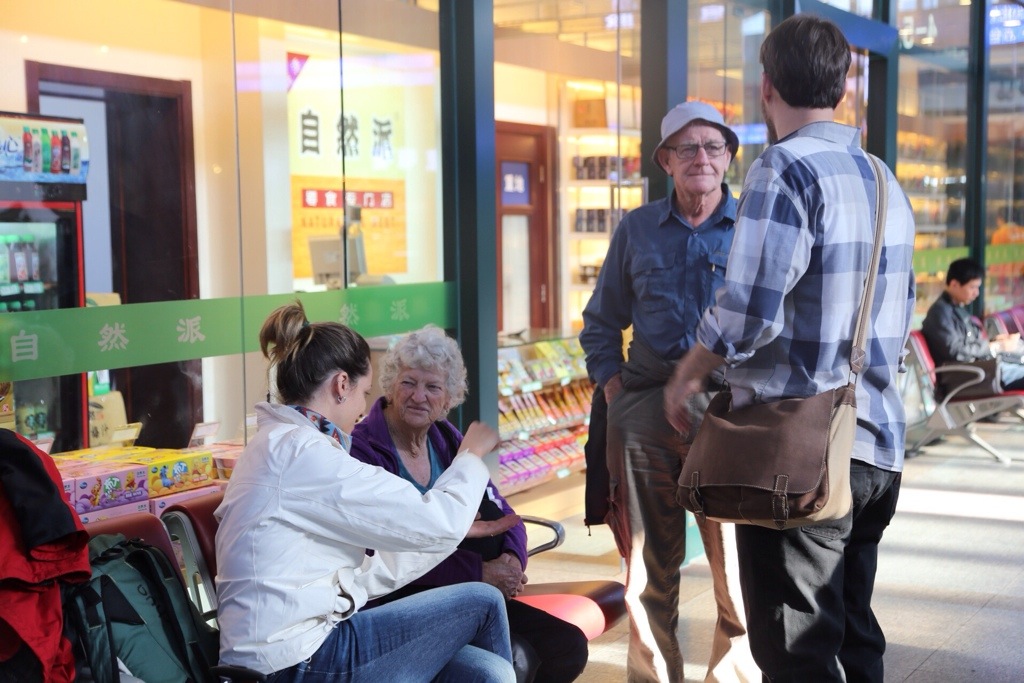 As it turned out our carriage was only about half full so they didn’t put anyone else in our cabins so we had the two cabins between the 5 of us which was a bonus. 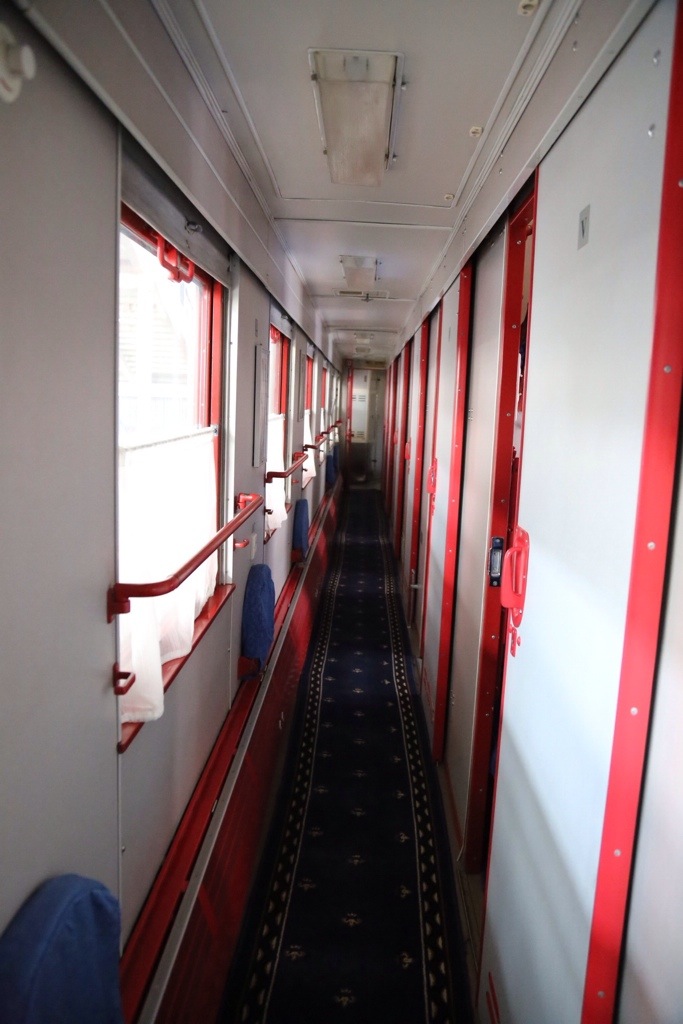 One of the things that startled me was that the attendant handed out lunch and dinner vouchers. I had been expecting to have to pay for anything we wanted. Saying that while the food was nice enough at least where lunch was concerned there really wasn’t all that much of it. 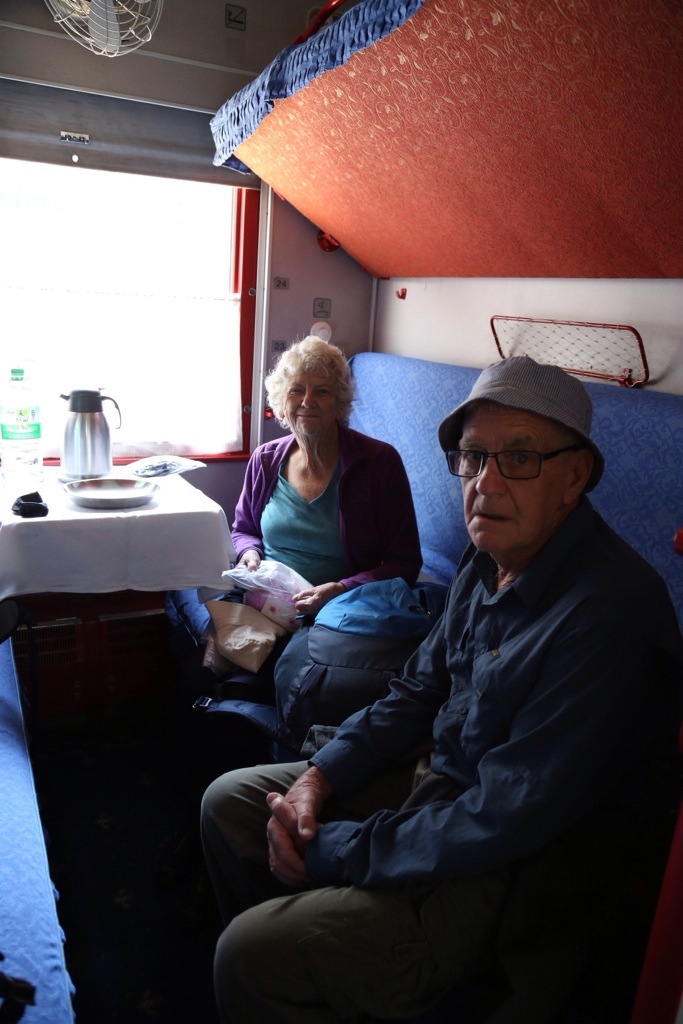 To give you an idea lunch was about 3 to 4 bite size pieces of chicken, some cabbage, capsicum, celery and some plain steamed rice. The sauce on the chicken, what there was of it was nice though. So if you are coming on the train all those warnings you’ve read about bringing food? Here’s another one I’d really suggest particularly if you are a big eater to bring some snacks.

The day passed on the train with surprising ease, dinner was more substantial than lunch being two meatballs with rice and cabbage. You can also buy beer, wine, soft drink and water. Not much else though.

We reached the boarder about 8pm with officials jumping on the train to collect all the passports for processing. While they were doing that we took the opportunity to jump off the train and walked down the platform. As it turns out there is a small shop in the terminal selling everything from fruit to alcohol to toiletries so we brought some fruit and nuts mainly for the morning.

We got back on the train just before it was pulling away from the station but we knew it was just to change the bogies since the rail gauge between China and Mongolia. I was certainly interesting to watch through the train window as they hoisted the train up, rolling off the old undercarriage and replacing it with the one for Mongolia. 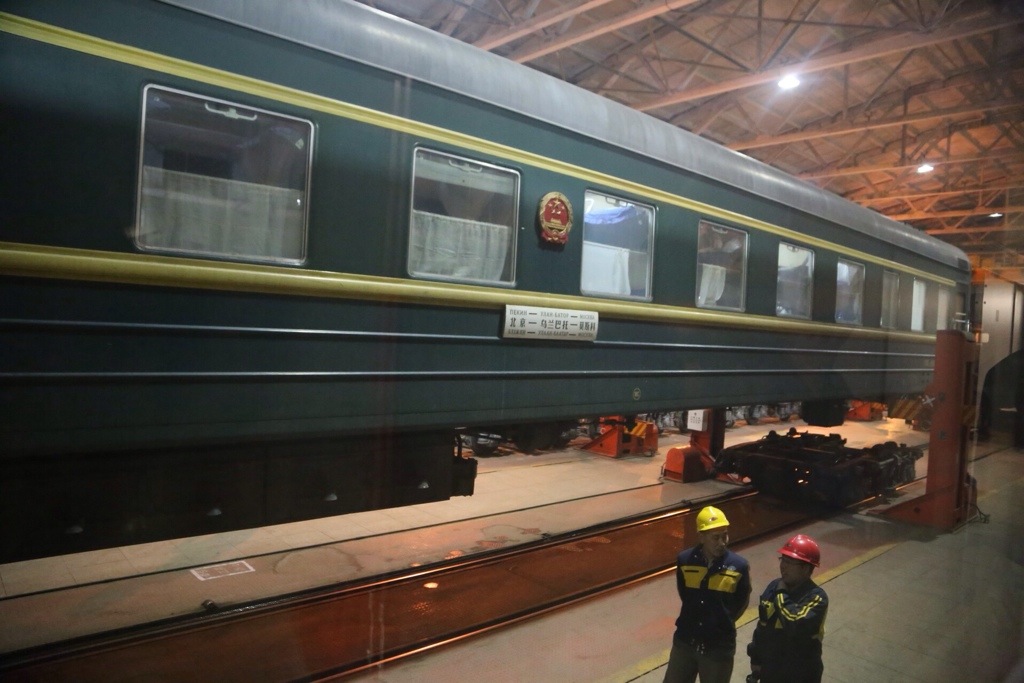 We stopped briefly at the station once more and the officials handed us back our passports then we were off. Not too far or for long really since we had to be cleared through the Mongolian side next up. Still like the Chinese side they cam on the train to collect the passports. This time we didn’t both getting off.

Over all it was just after midnight before all the messing around was completed and were were on our way once more. 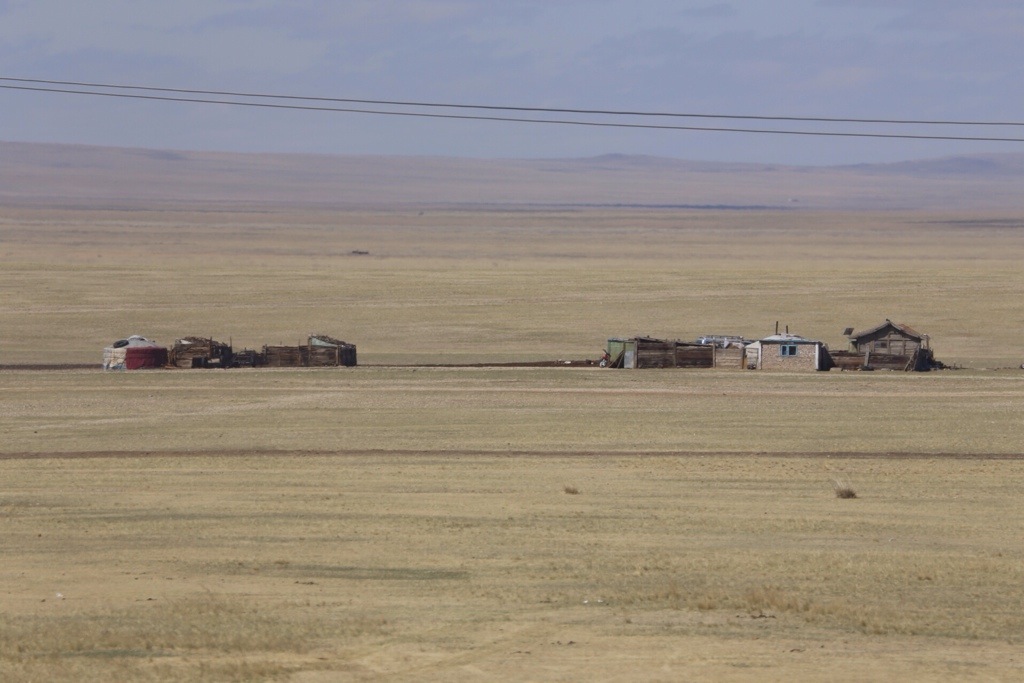 The morning passed watching the flat Mongolian countryside pass by out side the window passing the occasional settlement and herds of animals. Of course then there was the indication that it really was cold outside the train with evidence of snow on the ground and hills. 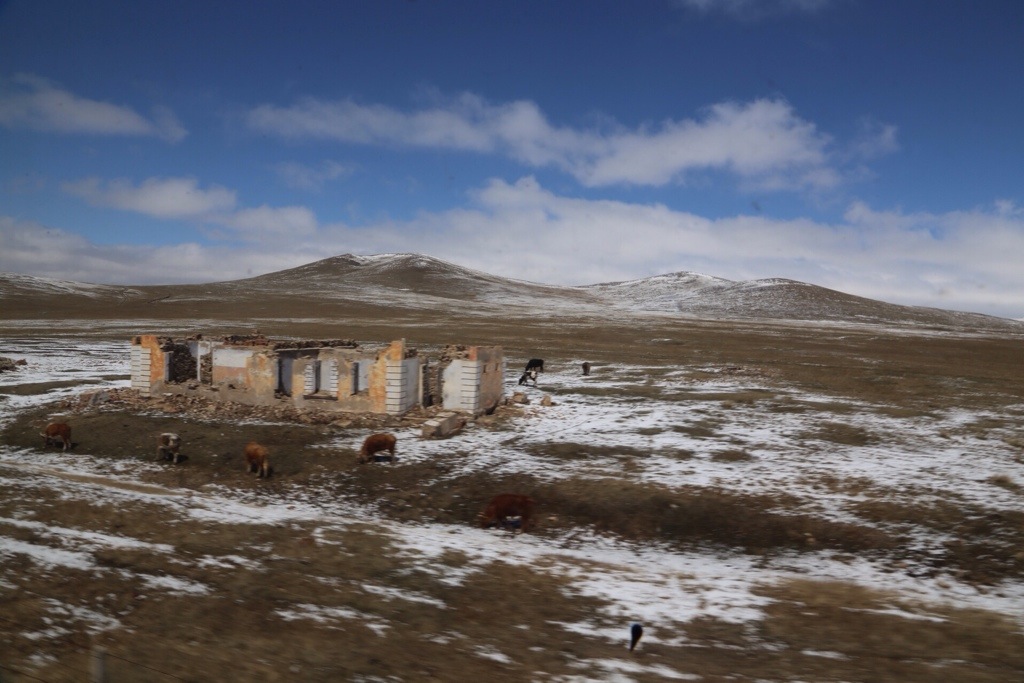 Then that entrance into the sprawling mass called Ulan Bator with all the cheery brightly coloured roofs. 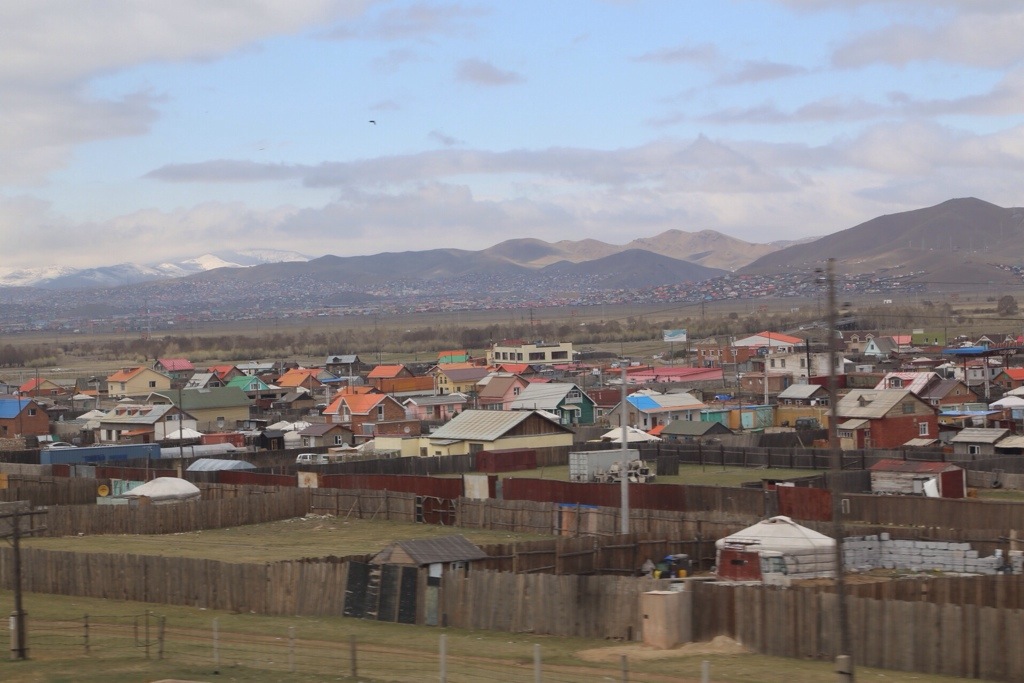 Finally we’d arrived at our destination.