We had a full day to explore in Beijing before heading off on the first leg of the Trans Mongolian the next day. As with Xian I had pre arranged a day tour, this time with Catherine Lu Tours. Our guide Steven, was prompt and sitting in the courtyard of our hotel waiting for us when we finished breakfast.

The first stop was not a part of the planned itinerary however our driver and guide found the business that held our train tickets to Ulan Bator so I could pick them up. Given the map on the paperwork was not that accurate it would have taken me some time to find it by myself. I will also admit I was somewhat happier with the tickets now being in my possession that I was without them.

We had some blue sky in Beijing that morning which I was astounded at given I barely saw blue sky the entire time I was in China previously.

We spent the morning going to Tieanaman Square, which to be honest is just a big square. The only fascinating part about it was the seemingly unending que of of people, mostly locals, snaking around the corner shuffling forward to see Mao. 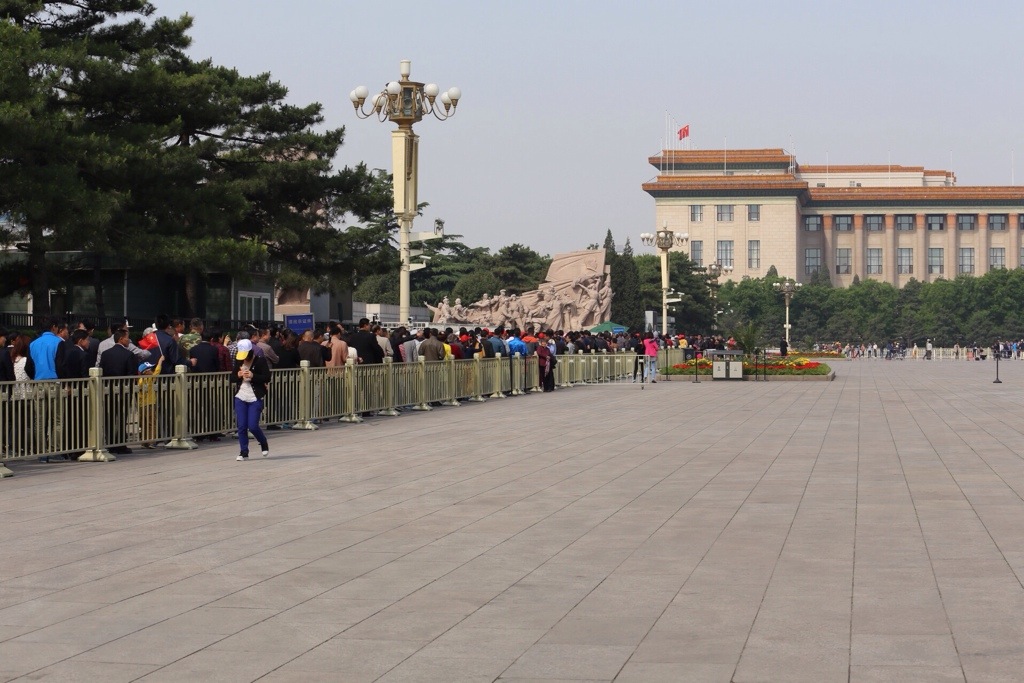 Next up was he Forbidden City now while the history behind the place is fascinating, seeing the size inside is equally interesting once you realise the complex is basically empty it doesn’t take long to get though. Once again though the sheer numbers of people filing through and pressing forward to see what are basically empty rooms and ‘palaces’ is amazing in itself to see.

One of good things about having our own guide was not only his knowledge of the history and quite frankly general knowledge of China and it’s people but the fact that we did have to join the long lines of people trying to get tickets to get inside. 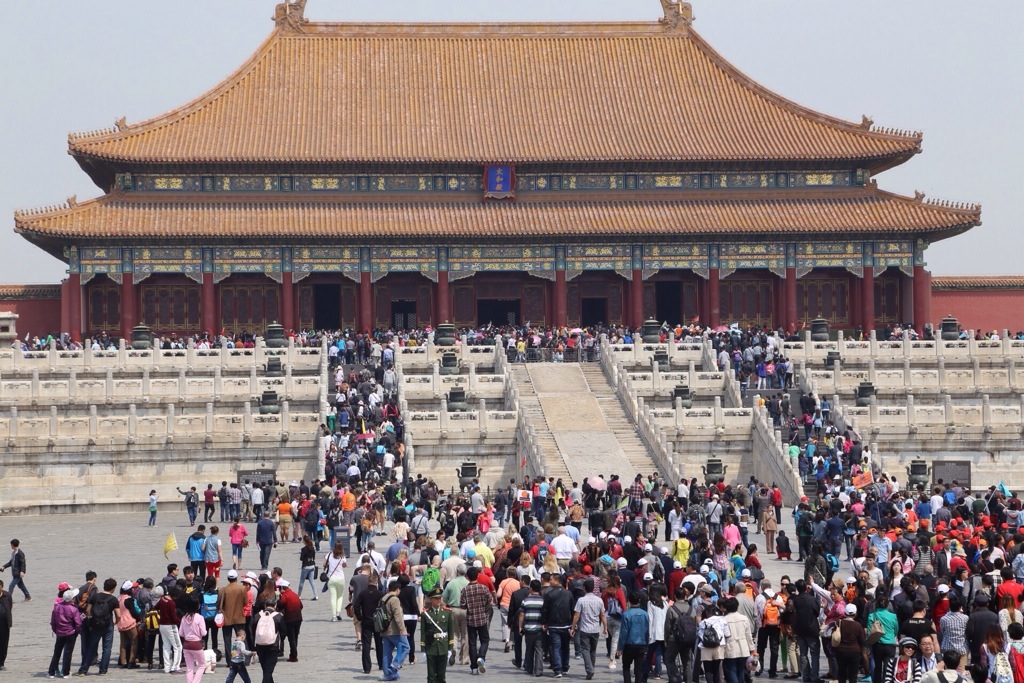 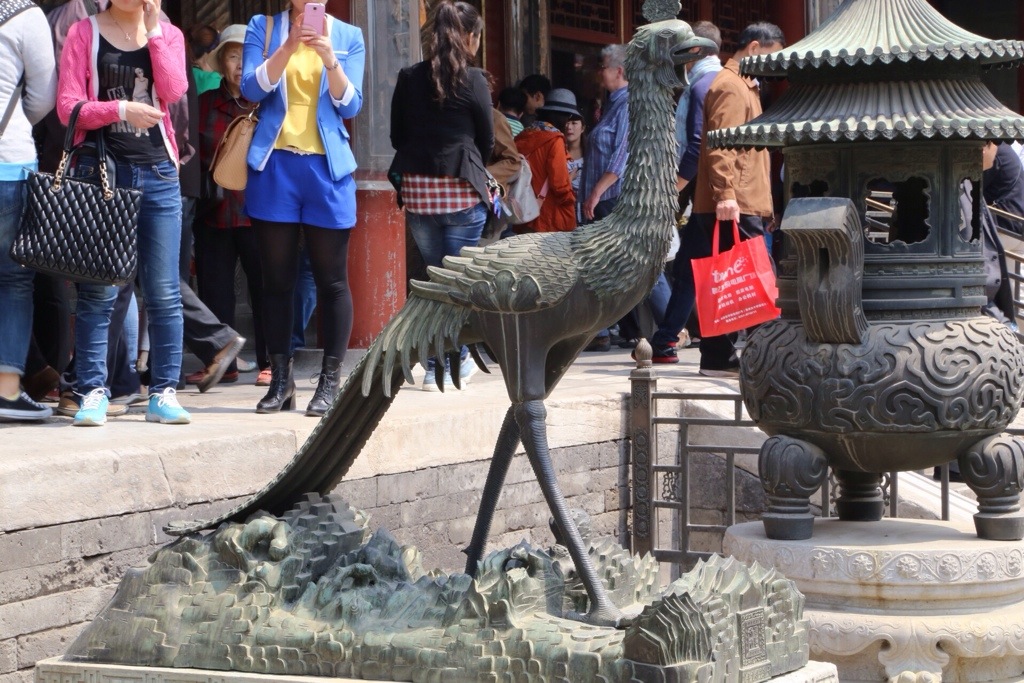 The morning had passed us by when we finally made it back to the van where we settled back for the drive towards a section of the Great Wall, Mutagain which was about an hours drive. We did stop briefly for a lunch which was surprisingly good. 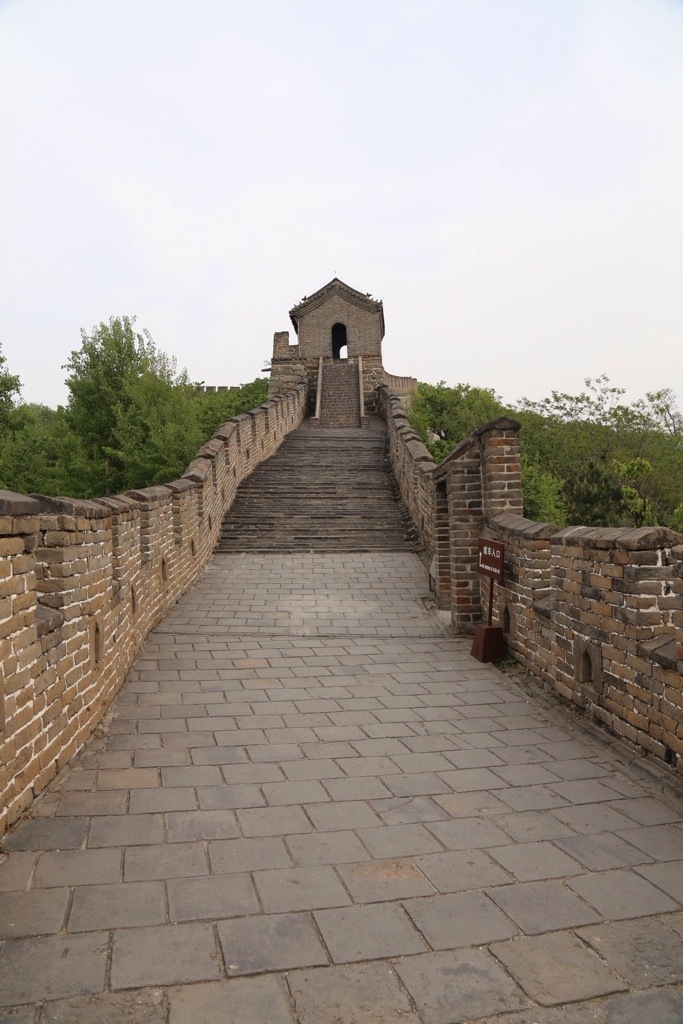 Even though I’d seen the wall, a different section, before it was still fascinating to see again or at least I found it to be much more interesting than the square or Forbidden City if truth be told. As a group we took the chair lift up to the wall before spending a bit of time hearing the history of the wall. Unlike last time when I’d gone on a local tour at least this time I understood the explanations.

Mum and dad opted to head back down on the chair lift while Sharon, Jorn and I with the guide leading the way walk along the top of the wall towards the toboggan to get down. It took us about 20 minutes to walk the distance between the two which was mostly ‘down’ with about 3 or 4 ‘up’ sections. The hardest part is the steps which are all uneven meaning we spent more time watching our feet to avoid tripping over an rolling down the wall. While that method might be somewhat faster I’m thinking it would hurt just a bit more! 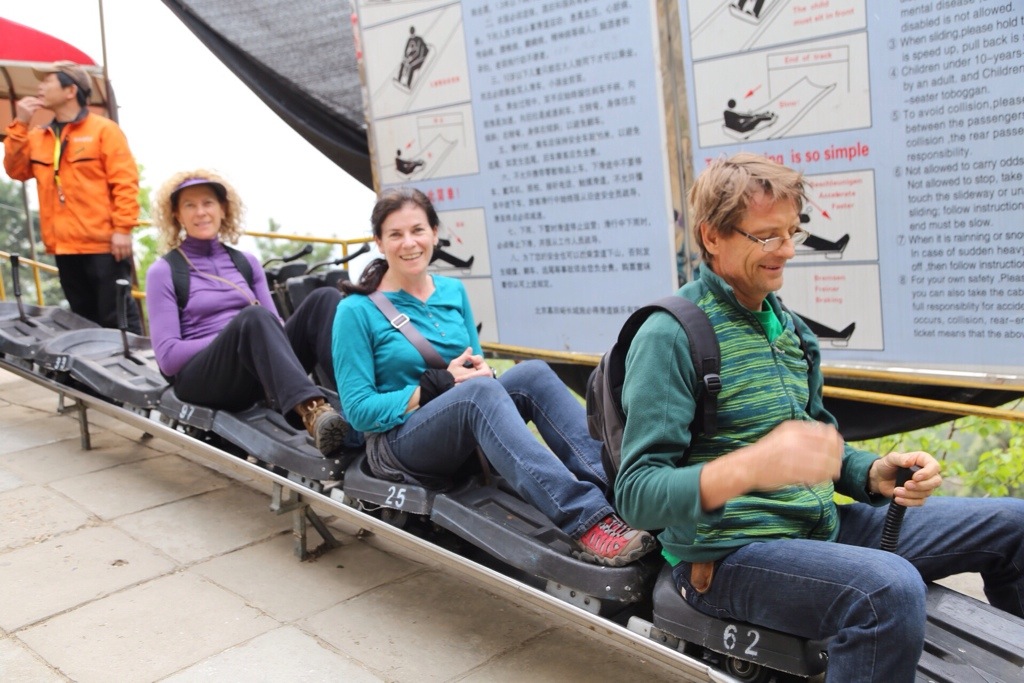 The Toboggan down was lots of fun however my bag was a little low and dragging, so I found out which slowed the ride down considerably!

The trip back into town was uneventful and we made it back just before 6pm. After a quick clean up we met for a drink in the courtyard of course my sister and brother in law had to sing happy birthday to me, in two languages prompting the staff of the hotel to come running out with a ‘gift’ which on this occasion was a small chocolate desert. Nice. Of course they kept up the performance of singing happy birthday to me in multiple languages through dinner and on the walk back to the hotel after dinner…

Dinner was in one of the Hutong streets and we had a Hot Pot. If you haven’t had one then basically the staff put a large boiling ‘pot’ of water on the table and you select a range of vegetables and meat to cook in the pot fishing them out to dunk in sauce and eat. Really yummy and worth trying if you haven’t had one!

Tomorrow it’s an early start and off to catch the train!