On of the things that I thought would be a pity for my parents to miss was a trip to see the Terracotta Warriors. Now I could have hauled them out and about by myself however to make things easier I booked a day tour online through Terracotta Warriors tours online.

At least for me the process proved to be straight forward and reliable, I’d certainly recommend considering them if you are heading to Xi’an, have limited time and want to take the hassle of of the trip.

Our guide for the day, Caroline Zhao, was in our hotel lobby to pick us up promptly, as promised at 8:30am making a relaxed start to the day. Our car an driver was a little late due to a traffic accident, although in his defence not an accident he was evolved in! How he managed to weave his way in and out of the traffic all day was amazing all in itself.

First up we piled into the van and were whisked down the road (that is a bit of an understatement as depending on traffic conditions it can take about an hour to get there) to the Terracotta Warrior Museum.

I will not bore you with the history of there site, there are certainly better accounts of the site online and in books that I’d ever be able to write here. Even though I’d been before it was still fascinating to wander through the place, standing on the platform looking down on row after row of warriors. 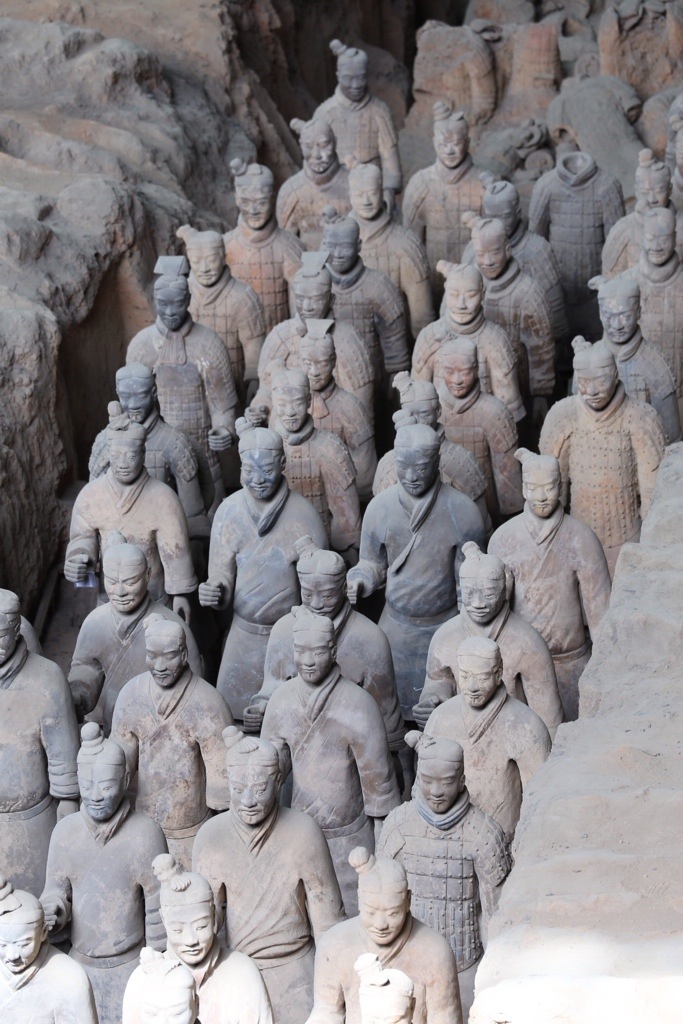 It doesn’t take much imagination to ‘see’ a vast army stretching out in front of you determined to protect their Emperor and concur new lands for him. One of the things I found fascinating was that they did not just copy the same statue over and over again. While the warriors are the same hight they have different builds, facial expressions, ranks and purpose just as if you were looking down on a real army spread out in parade.

Not all of the pits gave been excavated, not even in the area where the museum has been constructed. Early on in the discovery they worked out that exposure to the air was causing the original paintwork that remained on the statues to fade so there are pits that remained unearthed to protect them. Our guide advised us that they were hopeful that technology from France would be able to preserve the paint without damaging the statues enabling them to finish excavation of the site.

The press of people was not too bad however we did have to wait our turn not too patiently, since one kind of has to press forward and claim your spot at the barricade in order to see as people move on. If you are too polite you will likely either stand there all day or not see much except the tops of people’s heads. 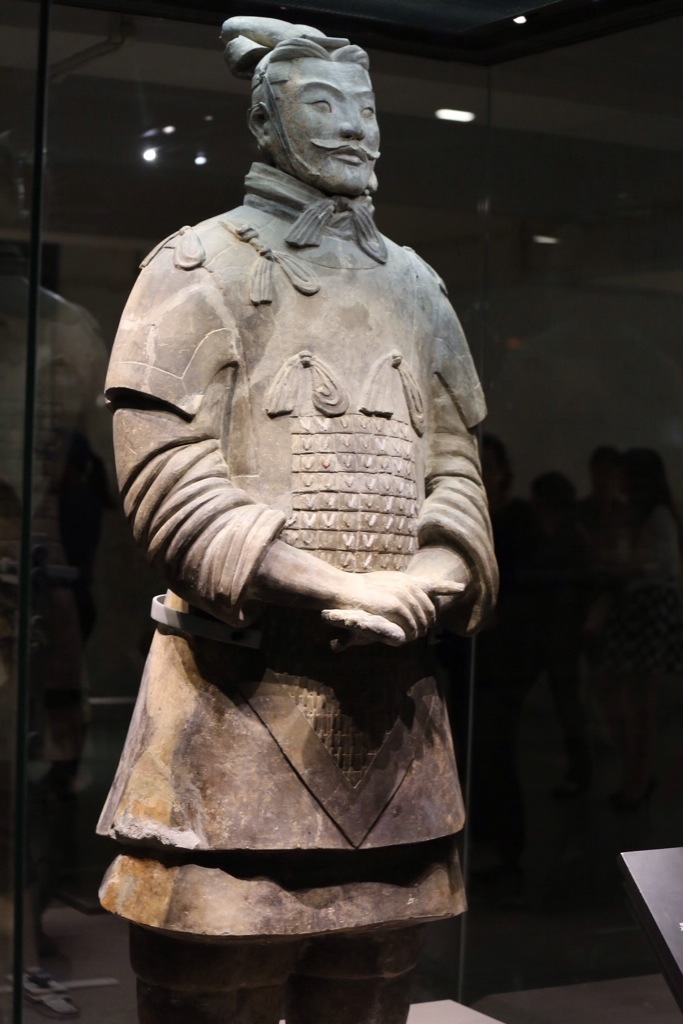 There is also a museum where some of the better pieces are stored safely enclosed in glass cabinets to protect them from the elements and quite frankly I suspect people. It’s harder to get near these examples than the barricade at the pits but still worth seeing to get a closer view of the small selection of warriors on display.

After we’d finished we headed back to town with the first thing on our minds being lunch. I really wish I’d remembered the name and location of the restaurant we ate at since the food was excellent (and cheap). The restaurant was packed with locals and the pictures on the menu made it a little easier to pick out some dishes to try. Dad’s efforts in using chopsticks attracted the attention of the nearby tables and I have no doubt the videos that were being taken to immortalise those efforts were displayed to family and friends after.

After lunch we went on a walking tour starting off with the wall from the old city, for a small charge you can enter, climb up the stairs and walk along the top. After that we went for a walk through the Muslim district including both the Bell Tower and the Watch Tower. 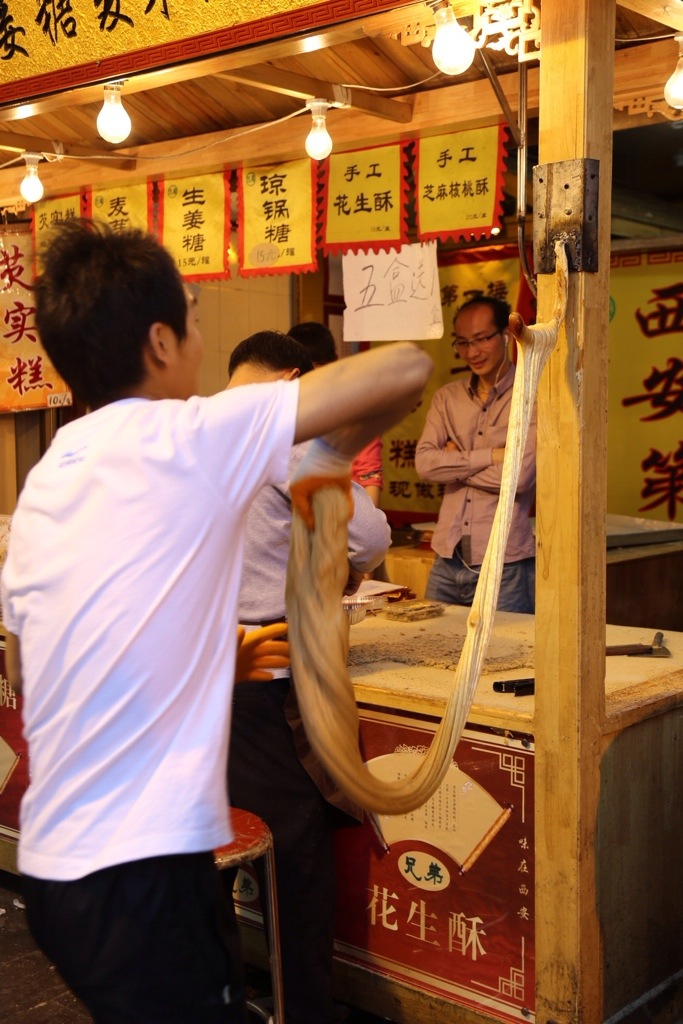 It was an interesting way to end off the afternoon before heading back to our hotel to freshen up and have a short break. That night we headed out for a Dumpling dinner and Tang Dynasty Show. Very touristy but the local tourists outnumbered the foreigners and we had a good night anyway. As for the food, yum. Just way too much of the stuff. I really wish I could have tried one of everything they put on the table but sad to say the feast defeated us!