I decided that since mum and dad had never been to China that it was a shame if they did not at least get to see a couple of things in China before we boarded the train from Beijing to Ulan Bator in Mongolia. As a result the three of us flew into China a few days before the rest of our party.

Even though our first plane leg out of Perth was delayed we made up time on the flight, still not that it really mattered to us since we had a 4 hour lay over in Hong Kong Airport. There was also a delay in the next flight although I guess the bonus being Hong Kong Airport is massive having quite a decent terminal to explore. Still the flight once we boarded was without a hassle. Dragon Air was a bit of a surprise with both the food and the service being excellent. Even though they are a subsidiary of Cathay Pacific they left their parent company for dead in that regard. 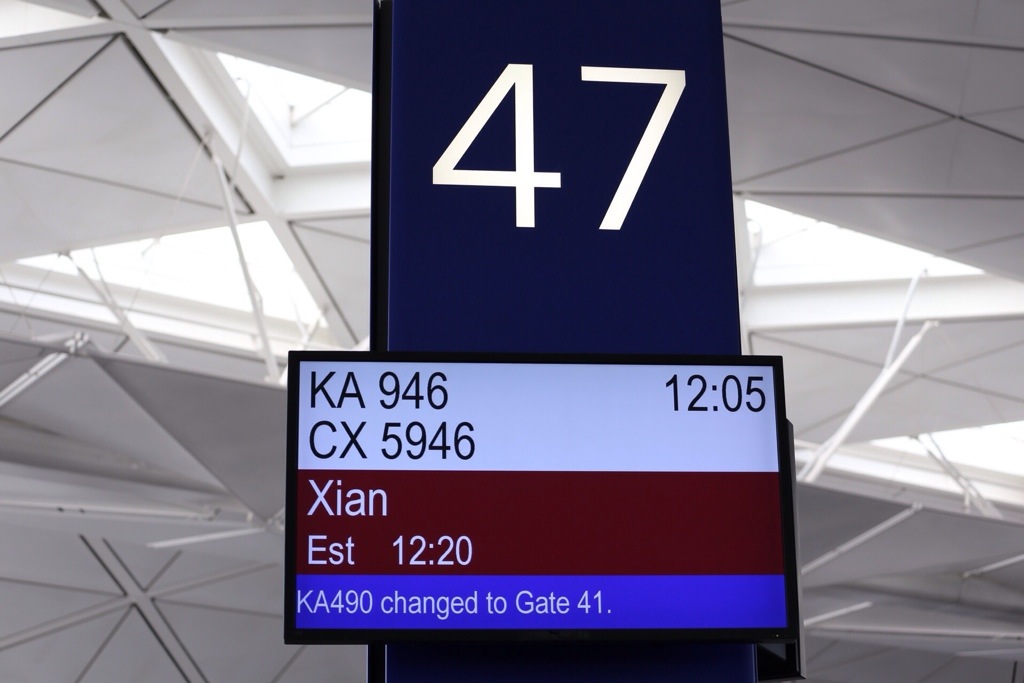 From Xian Airport into town proved to be easy as we walked straight out of the terminal, crossed access road over to the taxi rank, with only one couple in front of us we were off with no waiting time. The taxi’s from the official taxi rank at the airport use their meters (so I’m told) without argument and that was certainly the case for us.

Before we knew it we were installed in our hotel room. It was late afternoon by that stage and I must say we did not venture out of the hotel opting to freshen up, have a drink to celebrate the beginning of the trip and a light meal before crashing for the night.

First on the agenda for tomorrow was the Terracotta Warriors.