One of the first things I did when I stepped off the Shinkansen at Odawara Station was to buy the Hakone Free Pass. Well ok it’s not exactly free but once you have brought one it makes getting around in the area that much easier!

You can find details including prices of the pass if you are interested here: Hakone Free Pass

From there I hoped back on a train to Hakone-yumoto Station, then transferred to a bus to my accommodation the Fuji Hakone Guest House amazing as it may seem I got here without a single step in the wrong direction.

One thing I would recommend if you are heading towards this area is to get a luggage service to deliver your bag to your guest house. It doesn’t really cost that much but saves a lot of hassle. The busses are small without much luggage space so unless you want to be rude and sit your bag on a seat while others are standing or sit with it on your lap (ok for a day pack size bag but not much else, use the service!

The guest house is fantastic, but I will do a separate post on that.

After checking out my room I had a few hours of the afternoon left so decided to head out and do at least half the suggested leg here in the Hakone region while the sun was out and I had a chance, just in case.

The first leg was by bus to Gora, where I caught the cable car to Sounzan. 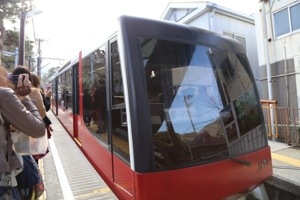 From there I caught the ropeway to Owakudani and Togendai. 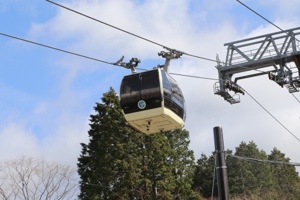 That was where I had my first, brief look at Mt Fuji. It was only really by chance that I happened to be looking the right way. Mostly hidden by mist and cloud it wasn’t that impressive. 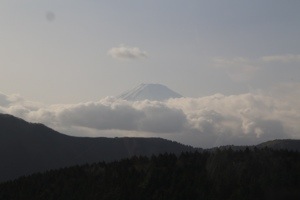 That was it basically for my afternoon, my time was up. I thought if that was the only glimpse of Mt Fuji I was going to get then that was a little depressing but then again the are was still beautiful and I’d cheered right up again by the time I made it back to my guest house.

The next day after breakfast I headed out again this time for the second part of the program starting (once I got there by bus) with a cruise on Lake Ashi. There had been no need to rush so I found out the first boat didn’t leave until 1010hrs.

I had time for a coffee and a look around before my boat left. The lake and surrounds are beautiful even if the little paddle boats pulled up on the shore looked all forlorn sitting there waiting for the season to change. 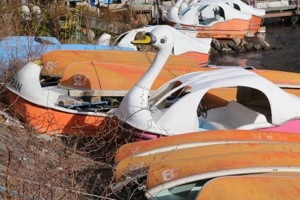 Finally it was time to board the boat, the sight of it made me smile and shake my head. 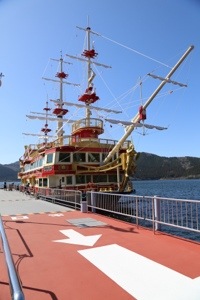 It was a pleasant cruise across the lake and I had decided to get off at Hakone-machi and walk around the lake to the next point of interest. It was only just before getting off that I looked up and noticed that Mt Fuji had made an appearance. I scrambled up the stairs to snap a few quick photos before I had to get off. Then I realised the shots were probably better from the pier anyway!

I walked on the tree lined trail that led around the lake towards Moto-hakone-ko stopping to take some snaps of Mt Fuji, I was one happy camper. The sun was out and Mt Fuji stayed out for an extended appearance. 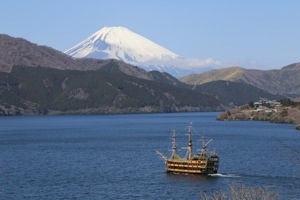 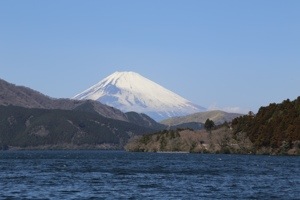 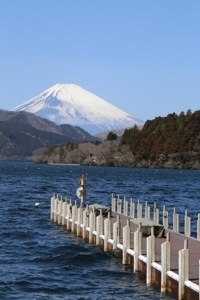 You get the idea right?

Things had gone so well up to that point of course that is just when I got off the bus at the wrong spot, then missed the stop on the next bus I managed to get and will one thing or another managed to tie up most of the rest of the afternoon getting back to my guest house. As a result I missed the Hakone-jinja shrine. Oh well. I’m very happy with what I saw.

I am also fairly certain that I will see a few shrines while I am in Japan. After all next stop is Kyoto!