So if you have an hour or two to kill in Tokyo and a tight budget one of the things you can do, for free, is a tour of the Imperial Palace in Tokyo. I wouldn’t really go out of my way to do this one but as I said it is free.

It really isn’t a tour of the palace itself more you get to look at the outside of said palace with a 2.2km walk around the grounds. The tour is in Japanese so if you speak the language you are in luck. However if you do not don’t fear. They have an audio guide in English and the guide will helpfully call out the numbers for you to hit so you can get your own explanation of what you are seeing.

The successive Emperors have lived here since 1868 however the Meiji Palace was burnt down in 1945. The present palace was built and completed in 1968. Now I am sure that on the inside its impressive however as one said since you stand on the outside and get a description of the inside its not that impressive, to me, to look at. 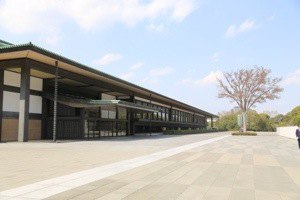 It is a nice little walk which the guides try, somewhat unsuccessfully to keep everyone in nice orderly lines three across. You walk past the Fujimi-yagura it is one of the oldest remaining remnants of the Edo Castle but it was reconstructed in 1659. 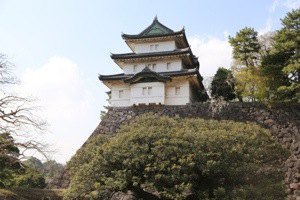 One of the other buildings that you get to see is the Fushimi-yagura keep, it was apparently moved here from the Fushimi-castle in Kyoto early 17th Century. 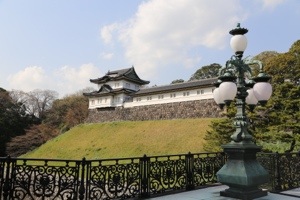 You get a bit of a description of the grounds and gardens and that’s really about it. 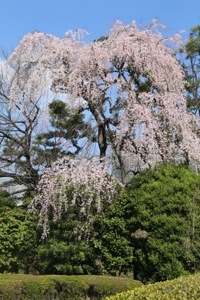 Still if you can not make it do not worry! Look at the pictures.